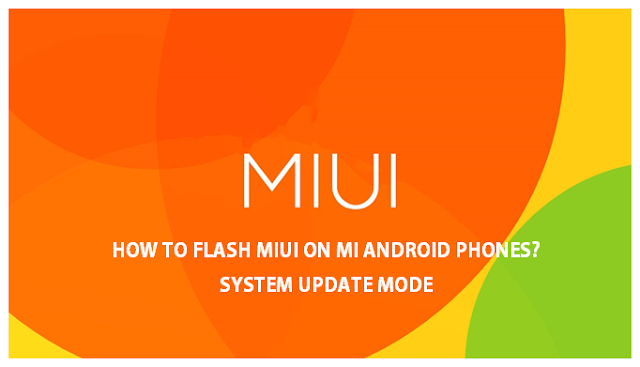 There are times when one may need to flash an Android Phone, may be due to issues or for some others, simply to try a different flavor of Android version or features provided by other Custom ROM developers. In this post, we shall see how to  flash Mi Android Phones via System Update Mode.

Before getting into the steps, here are some brief info which you may already be aware of.

What does flashing Android phone mean?

When do we need to flash Android Phone?

There are three ways to flash Mi Phones as per Mi-

In this post we are discussing “How to flash Mi Android Phones via System Update Mode?”. For flashing in other modes , check links at the end of this post.

Note: These posts are informational though the steps are safely tried by the author, the reader is advised to follow or not to follow at his or her own discretion. The author is not responsible for any issues that may arise.

Warning: Flashing via System Update mode does not affect user’s files and settings. However, just for precaution, you are advised to backup any important files before proceeding.

3) Copy the ROM file downloaded in Step 1 into the folder ‘downloaded_rom’ in the internal storage of the phone. 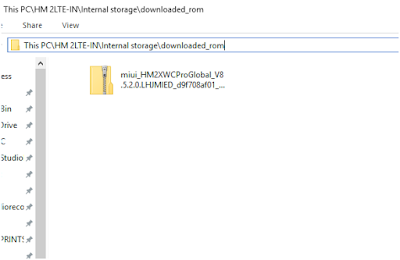 4) Launch ‘Updater’ app on the phone. It should be under TOOLS folder by default if not moved.

5) For phone running MIUI 6/7/8: Click the ‘…’ icon at the top-right corner, and then select ‘Choose update package’.

6)Then choose the ROM file you’ve put in ‘downloaded_rom’ in Step 3. And then tap on OK. 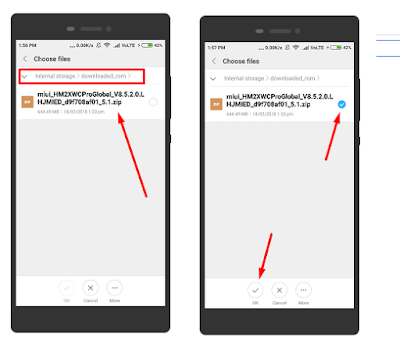 7) The phone will shut down and then it will display “Updating MIUI…don’t reboot the device”.
Don’t do anything with the phone. Just wait for the process to complete. 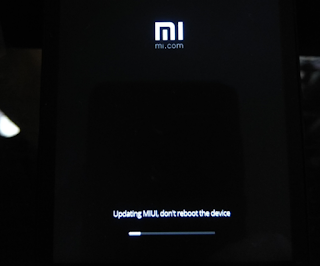 After the update is over, the phone will reboot into the new Android ROM just installed.

You would find that all user’s files and setting are intact.